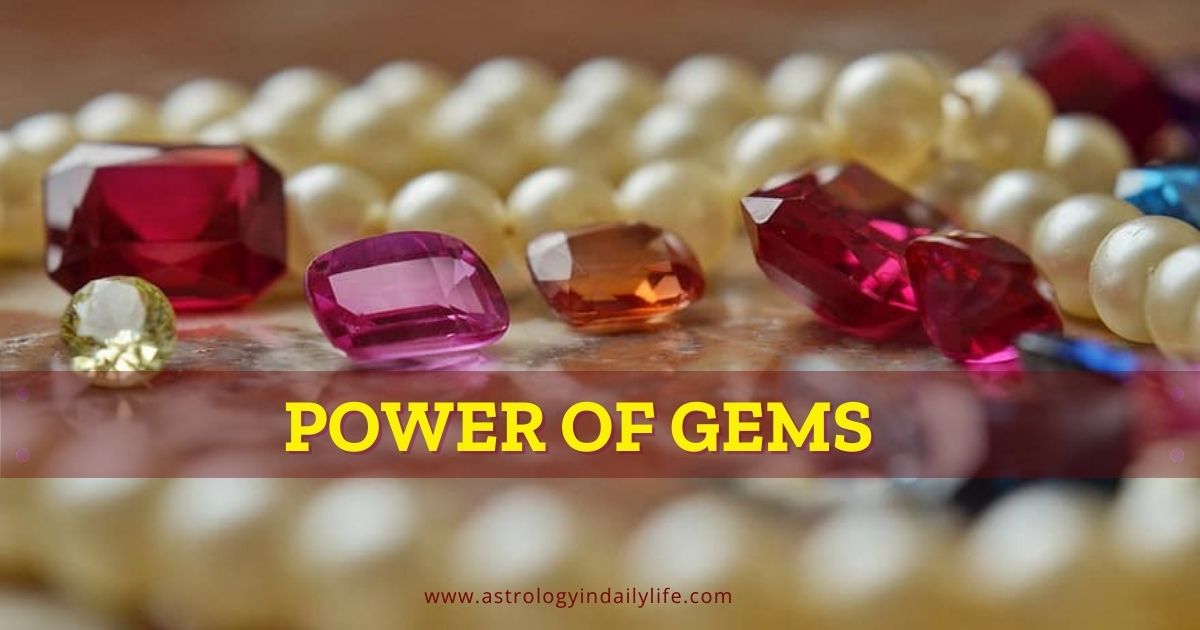 Gemstones are basically fossils – they are the condensed, crystalized forms of minerals formed under high pressure and heat of the earth’s interiors. For ages, civilizations all over the world have accepted gems as sources of intense energy. Even modern physics has acknowledged the energizing properties of gemstones. For eg., Quartz crystals are responsible for the accurate and precise operation of mobiles, computers, watches, TV sets etc.

Ayurveda has studied the various vibrations, electro-magnetic effects and energizing powers of different gemstones. Brihat Samhita discusses the healing powers of various gems in detail. There are seven dhatus or seven tissues of the body; namely plasma, blood, muscle, fat, bones, marrow, nerves, and reproductive tissues. The seven planets rule each of these dhatus. Accordingly, the corresponding gems have curative effects on the diseases caused due to the Dosha of these dhatus. In fact, today Gem Therapy is an important component of Alternative Healing Therapy the whole world over.

Jyotisha – Vedic Astrology considers gems to contain such concentrated, intense energy as to influence and alter even the fate of a person. Astrology recognizes primarily Nine Gems generally known as the Nava Ratnas to be of great significance. According to the Puranas, these nine gems comprise the different light rays radiated by the nine major planets (Nava Graha). Each of the planets has a corresponding gem with properties similar to it.

“Brihat Jatak” contains a verse that reads as follows:

The answer is, without a doubt, a big NO. All gems are not suited nor useful to everyone. In fact, wrong gems worn can give adverse effects. One should wear Gemstones according to the auspicious or benefic planets in your birth chart.

So it is very essential to study the individual horoscope well before recommending any gemstone to someone.

Many people are fond of wearing different gemstones in combination. However, wearing such combinations can actually cause you more harm than good. Here is the table of gems that one should not wear together: