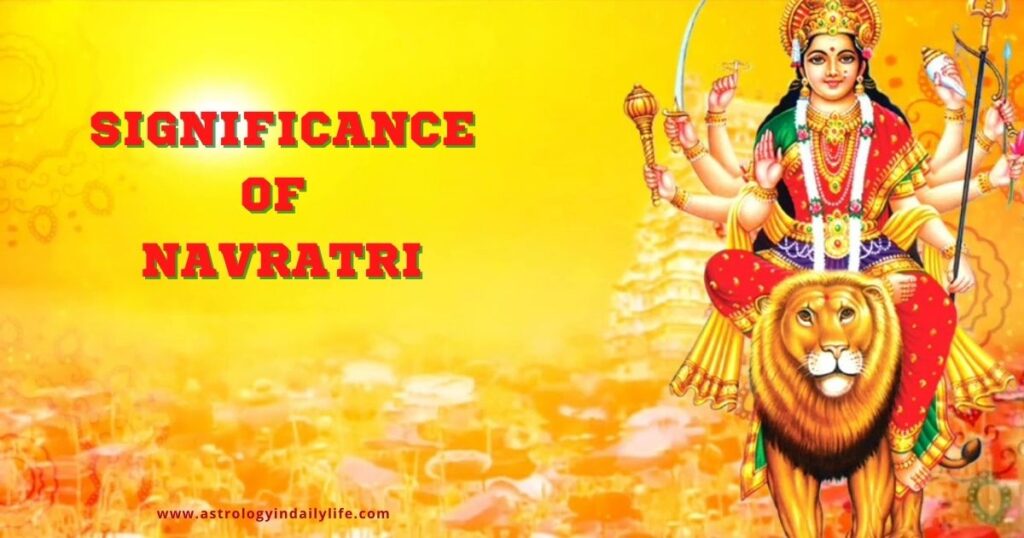 The uniqueness of Hindu festivals is that they are all related to some or the other significant astronomical events or changes. Navratri is not an exception to this rule. The nine nights of Navratri help us tune with the creative energies and rejuvenate ourselves, both physically and mentally.

The change of seasons in a year is directly connected to both the Equinoxes and the Solstices. Equinoxes and Solstices are astronomical events that mark the sun’s apparent movements in the sky.

There are two Equinoxes in a year – in March and September. Days and nights are generally of equal duration then. The two Solstices occur in June and December.

Correspondingly there are four Navratris celebrated in India:

Of these, the Vasanta Navaratri and Sharada Navaratri are observed and celebrated by the householder and spiritual seekers alike. Ashadaha Navratri and Pausha/Magha Navratri are known as Gupt (Secret) Navratris – these are largely observed by people who perform Tantra Vidya or seek to obtain Siddhis (psychic powers) or the Shaktas (Devotees of Goddess Shakti). Of the four, the Sharada Navratri (also known as Maha Navratri) is celebrated with much gusto and fervour by all.

These four periods are the focal points of change. They mark the end of what is old, spent, and harmful and the birth of something new. One can also see this as a period of retrospection, rejuvenation and rebirth – on all three planes: physical, mental & spiritual.  This is the time to bring everything in balance. 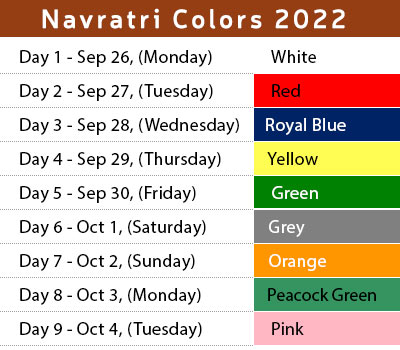 Equinoxes and the Solstices mark the transition period between two seasons. This is the time when bacteria thrive and viral infections/diseases are at their peak. At the same time, the body needs time to adjust to the changes in the climate and environment. Excessive and wrong eating habits disturbed sleeping patterns and the onslaught of the climate result in low immunity and create an imbalance in the body by disturbing the three bio elements – Vata (Gas), Pitta (Bile) and Kapha (Phlegm).

Navratri is the right time to detoxify and revitalize the body by balancing these three humours. Fasting is an essential part of the Navratri celebrations. Some people have only one meal a day. Most of them, however, abstain from certain high-energy foodstuffs and have only selected food items. Meat, grains, alcohol, onion, garlic etc. are totally avoided; so are processed foods. The emphasis is on gluten-free grain alternatives, fresh fruits, yoghurt, etc. which are easy to digest.

Fasting also has psychological benefits that include strengthening one’s willpower and removing emotional blocks. This is the time when one reflects inwards. Self-control and discipline help to rid the mind of its impurities and nurture noble values.

Mental control coupled with control over physical urges helps elevate one’s spiritual status. People involve themselves in spiritual practices such as meditation, pranayama, etc. The worship of all the forms of AdiShakti (Primal Energy) helps us destroy our basic, gross carnal tendencies and invoke the Divine Power within ourselves. This is the time for recharging one’s latent energies and activating one’s progress to the transcendental world.

WHY THE EMPHASIS ON ‘NIGHTS’?

Navratri is a festival of nine ‘nights’. There is a reason for this. Indian scriptures mention that “रात्रि रूपा यतोदेवी, दिवा रूपो महेश्वर”. Meaning that Shiv represents daytime while Shakti is active during the nighttime. Shiv and Shakti are one; so also a day and night represent one complete day. The day is full of activity; while the silence of the night is the appropriate time to invoke and recharge energies. Hence worshipers of the Feminine Primal force always choose the nighttime to worship the Devis – the Goddesses.

To read about the various NAVRATRI MANTRA REMEDIES, click HERE.

“Which Devi Maa should you worship this Navratri:” – Read HERE.