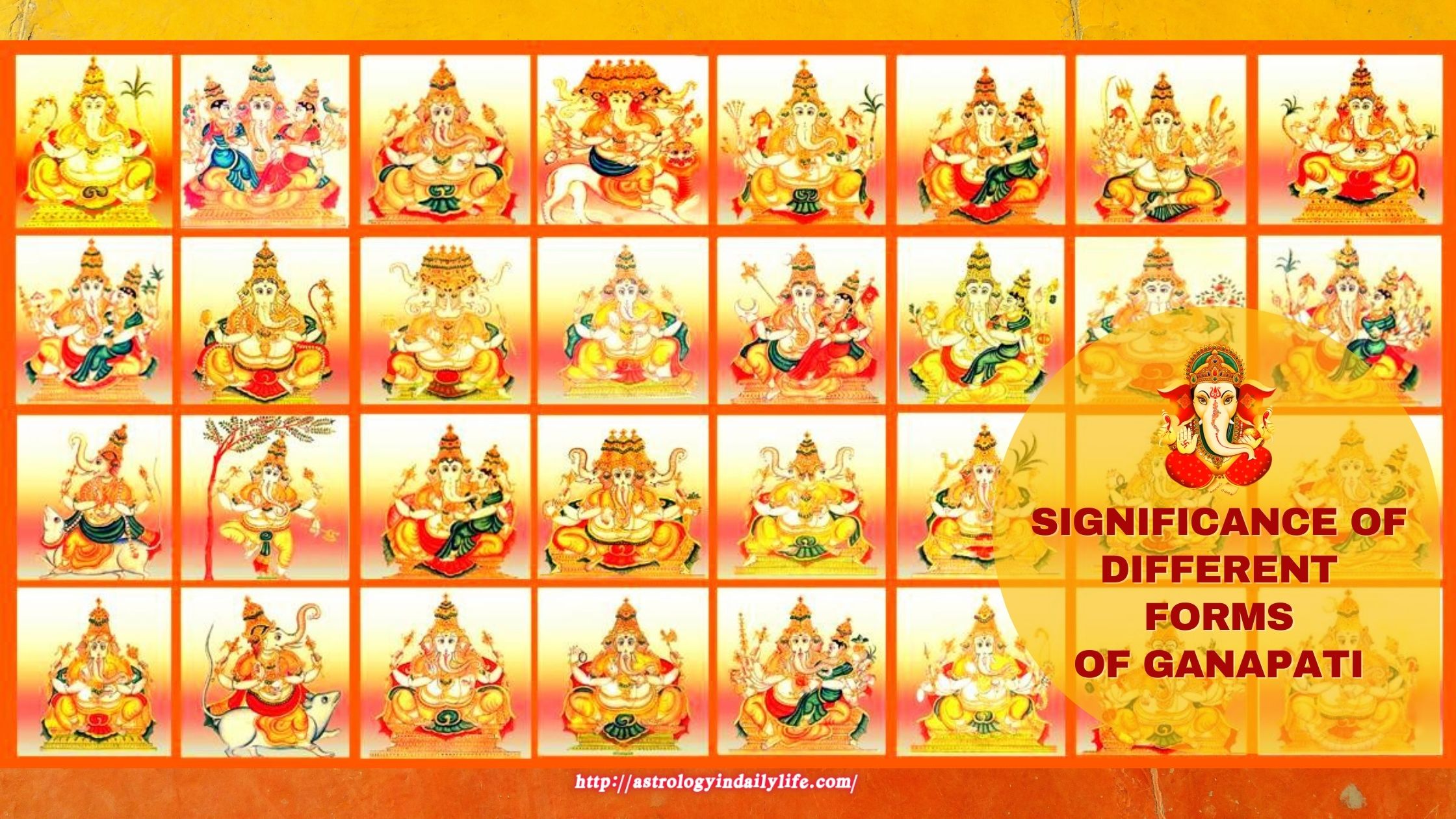 Let us understand the significance of worshipping the different forms of Ganapati: 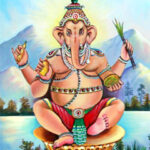 In this form, Lord Ganapati appears as a lovable child. He is depicted as having four arms. In one hand, he holds a mango, a banana, sugarcane, a flower bunch each, His trunk holds his favourite sweet – modaka – but obviously! He represents the fertility and abundance of the earth in this form.

Certainly, this form of Ganesha has a calming and pleasing effect on an agitated mind. Worship of this form bestows one’s children with sharp intelligence, good health and all-around happiness. Traditionally, childless couples worship Bala Ganesha to bless them with a bright and healthy baby. 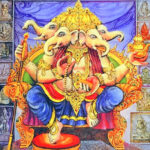 Another name for Ganapati is Dwija or ‘Twice-Born’. Lord Shiva, had first beheaded Ganapati when the latter refused him entry into Parvati’s abode. However, on realizing the truth, He had revived him by replacing his severed head with an elephant’s head. Hence the name ‘Dwija’. This form of Ganesha is regarded to be equivalent to Lord Brahma.

Worshipping the Dwija form of Ganapati blesses one in attaining worldly desires besides name and fame in society. Besides, Dwija Ganapati also helps to reduce debt problems and make materialistic gains. 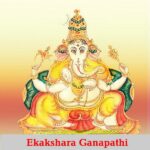 Worshipping Ekakshara Ganapati helps one to gain control over one’s senses and temptations.  Consequently one can triumphantly overcome the duality and delusions of Maya (Illusion) generated by senses. Also, meditating on this form helps in focusing one’s mind and progressing in the realm of spirituality. 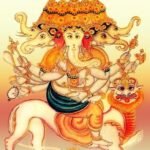 ‘He’ means ‘helplessness’; and ‘Ramba’ denotes ‘protection’. Indeed, HeRamba Ganapati is one of the most compassionate forms of Ganesha  – who protects the weak and the helpless. The five-faced Lord Ganesha rides on a mighty lion. Nevertheless, this form signifies one who controls his five senses can easily win over his worst enemy.

The worship of Heramba Ganapati gives confidence to the weak and hope to the dejected.   Heramba Ganapati has the power to confer fearlessness and bring defeat to one’s enemies. Owing to this, one gets the strength to manage difficult situations in life and achieve their goal. 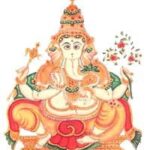 ‘Kshipra’ indicates quickness, and ‘Prasada’ means blessing or action.  As the name suggests, Kshipra Prasada Ganapati is an immediate provider of benefits. A devotee is able to accomplish his tasks quickly.

Kshipra Prasada Ganapati fulfils the wishes of his devotees almost instantaneously. Not only does He grant immediate boons but He is also an instant vindicator of wrongdoings as well. He holds a pot of nectar in his hands. Moreover, He grants longevity of life besides bestowing knowledge and wisdom. 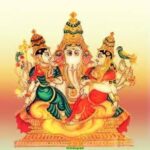 ‘Lakshmi’ symbolizes prosperity and affluence. In this form, Lord Ganesha is flanked by his two consorts – Buddhi and Siddhi. Buddhi refers to intelligence and wisdom. Siddhi represents success and perfection. Thus, this form of Ganesha primarily represents wisdom and achievements thereby bringing in riches and growth. 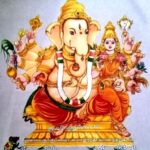 Maha Ganapati is one of the most popularly revered forms of Ganesha. In this form, He resembles his father Lord Shiva in more than one way – He too has the third eye and also adorns a crescent Moon on his head. According to mythology, Sri Krishna too offers prayer to Maha Ganapati.

The worship of Maha Ganapati brings victory, success and harmony in family and life. It helps remove all the obstacles and negative energies. Maha Ganapati bestows upon Furthermore, He blesses His devotees’ immense merit and all-round prosperity. 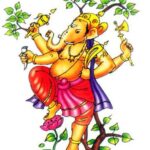 ‘Nritya’ means ‘Dance’. As the name suggests, Nritya Ganapati depicts Ganesha as dancing happily. It represents the relaxed, delightful aspect of the Lord. Ganapati is a connoisseur of fine arts. A devotee of Nritya Ganapati attains proficiency in 64 types of fine arts (चौसठ कला ) and achieves excellence in them.

Thus, the worship of Nritya Ganapati bestows one with a flair for learning fine arts. One becomes proficient in them and attains success and fame in the related fields. No wonder, Nritya Ganapati is greatly worshipped by artists, more so, by dancers. 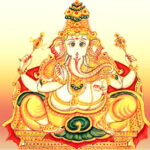 ‘Runa’ or ‘Rina’ means ‘debt’ and ‘Vimochana’ is ‘relief’. Runa Vimochana Ganapati thus denotes one of the most gracious forms of Ganesha. He helps his devotees’ to relieve their debts – both worldly debts as well as Karmic debts.

Reciting Runa Mochana Ganesha Stotram on a Wednesday of Shukla Paksha certainly helps one get rid of all kinds of debt and financial constraints. Runa Vimochana Ganapathi relieves one of the debts and financial burdens by granting immense wealth and lifting hurdles that prevent one from accumulating wealth. 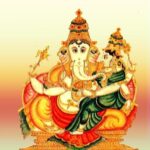 The worship of Shakti Ganesha helps one gain control over the five senses of the human body. Thus he can then act with focus, concentration and improved concentration and can consequently, achieve his aims without any difficulty. He is the protector of the householder and brings peace to the home and family. 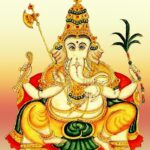 This is one of the most popular forms of Ganesha. ‘Siddhi’ means accomplishment. Hence Siddhi Ganapati appears as the Lord of Success.  He is also believed to be the storehouse of Ashta Siddhis, the 8 rare and magical powers by which one can control oneself, others and the forces of nature.

Siddhi Ganapati is regarded to be an embodiment of excellence. He not only removes all the obstacles and negative energies but also bestows one with victory, brings harmony to the family and helps one succeed in life. He blesses His devotees with the power to succeed in any venture they undertake. 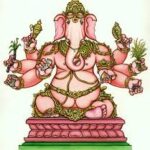 Taruna Ganapati is an eight-armed exuberant form of Lord Ganapati. This compassionate form represents youth, enthusiasm and freshness. In this form, He appears as a young god with a compassionate face.

Devotees worship this form asking Ganesha to remove the bitterness in their lives and to bless them with sound health, happiness and joyful life. Worship of this form helps in removing obstacles and solving the problems they are facing. After all, the Taruna form of Ganapati helps to banish all the work-related problems and hurdles. 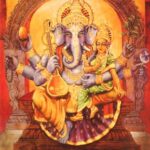 Ucchista Ganapati is a superior aspect of Lord Ganesha. He is the Lord of Blessed Offerings and guardian of culture. Mediating over this form imparts control over the five sensory organs

Worshipping this form of Ganesha strengthens relationships, increase intimacy between couples and bestows them with good progeny. Devotees venerate Ucchista Ganesha to help dispel domestic disharmony and improve relationships between couples. Besides, all sorts of troubles and differences with in-laws too are sorted; the family bonds well together and lives happily. 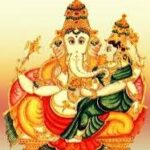 ‘Urdhva’ means ‘Elevated’ or ‘Lofty’. This golden form of Ganapati form acts as a benefactor to his devotees. He provides refuge to them from all sorts of difficulties and impediments and helps them rise to high levels in life.

Those who have lost a sense of direction or purpose or are facing severe difficulties in their lives can benefit the most by worshipping this form. Urdhva Ganapati removes obstacles and helps his devotees find solutions to their severe problems. Meditating on this form frees one’s consciousness from deep depression. 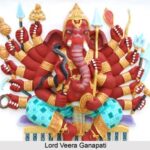 Veera Ganapati represents the element Agni, the fire. As Veera Ganapati, he is depicted as a Valiant Warrior in a commanding position with 16 arms and 16 powerful weapons. This is the fiercest of all the forms of Ganapati.

Worshipping this powerful form helps in overcoming fears and threats, develop the courage to face difficult situations and also removes evil and ignorance.  Thus, one can then face life’s challenges with confidence and win over them. Veera Ganapati also protects women from all female-related diseases. 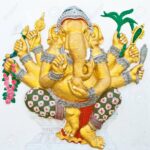 This is the victorious form of Ganesha. The ten-handed Vighna Ganesha is the dispeller of impediments and difficulties. He is invoked at the time of launch of any new auspicious work or business. He is a remover of difficulties – both of materialistic and spiritual order.

This form of Ganapati is worshipped to mitigate problems and solve difficulties. It is believed that sincere prayers offered to him regularly can remove all negative influences, and bring success and prosperity. The devotee is able to win the hearts of all with love and without any malice.

So, this was the gist of the different forms of Ganesha. Of course, you can worship any one of them. After all, it depends upon your liking and devotion.

TO READ: SPECIAL REMEDIES TO BE DONE THIS GANESH CHATURTHI, CLICK HERE